The return to Jerusalem by Jesus' parents ... would be risky as they would no longer be with the larger group. It would also be shameful as it would make public that Jesus had not been obedient to them. 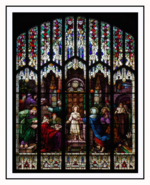 All who heard him were amazed

Bruce Malina and Richard Rohrbaugh again provide helpful comment on why this one and only reference to Jesus' childhood appears in Luke who is writing for an educated Greek-Roman audience:

(Ancient) biographies usually featured one childhood incident that was taken to foreshadow the character of the adult. ... (Such honorific biographies will) comment on education, nurture, and quality of mind.
Page 234, see footnote below.

This passage from Luke provides this testimony about Jesus.

Exodus 12:1-27 and Deuteronomy 16:1-8 command the annual observance of the Passover in Jerusalem. We learn from Luke that Jesus' parents nurtured him properly by observing this ritual as required "every year."

We also learn from Luke that at the age of 12, Jesus separates himself from his blood family. Twelve is the year of preparation for "coming of age" from boyhood to manhood in Jewish tradition. At this age, a boy moves from the private sphere and influence of his mother to the public sphere of men.

Since travel was dangerous, it was done in groups with family and neighbours. Traveling together in a group did not require the direct supervision of a 12 year old boy-man, so it is not until the end of the day when families would gather for the evening meal and to sleep that Jesus' absence is noticed.

The return to Jerusalem by Jesus' parents (note that neither are named) would be risky as they would no longer be with the larger group. It would also be shameful as it would make public that Jesus had not been obedient to them.

"On the third day" is a foreshadowing of a later third day following Passover.

Verses 46 and 47 describe Jesus' education by elite scholars at the Temple (not your simple country rabbi in Nazareth) and their acknowledgement of his abilities.

This is the beginning of Jesus acquiring public honour, but it is not the last time that Luke will note that others were amazed by what Jesus' has said or done. Such amazement by others is what builds Jesus' reputation and honour. And it is precisely this public recognition that will later make Jesus such a threat to the authorities.

Verse 48. It is noteworthy that it is his mother and not his father that questions Jesus in public. Normally only the man would discipline his family.

Though the fact that Jesus has not obeyed his parents would be shameful for them, and chastising Jesus' in public would have the Catch-22 of making it plain that Jesus had acted without their permission (which is shameful), and that they gone to great pains to find him and restore him to his proper place in the family (which is honourable). His mother's question is not one of concern for Jesus - it is about concern for the increased travel risks and shame that Jesus' behaviour has brought upon his parents.

Verses 49 and 50. Mary's question also has the intention / implication of asserting / restoring her influence over Jesus. But Jesus-now-the-man-and-not-her-boy-anymore demonstrates his autonomy by responding to a hostile question with a question. This is a pattern that we will see repeatedly throughout Jesus' adult ministry. Jesus' response is also the beginning of a public shifting from his family of origin - Mary and Joseph - to his - and our - origin, God.

Verses 51 and 52 bring Luke's telling of this childhood incident to an honourable conclusion: Jesus behaves like a good son, properly respecting his parent's control; his mother properly performs the woman's function of being the store house of the family's history and honour; Jesus advances in public reputation, status, and maturity.

When preaching on this text it is important to remember that Luke is not writing a "How To" book for parenting; nor is he writing a morality tale to illustrate proper behaviour for children.

Apart from us joining in amazement at Jesus' wisdom and maturity, perhaps the most important thing for us to do is to join in thanksgiving that through Jesus God is "Father," and we too are daughters and sons of God. No matter how good or bad our family of origin was - it is not our end, nor what ultimately defines us. We are God's; that is what defines us; and that is Good News.

Note: Historical background information in this post is drawn primarily from Bruce Malina and Richard Rohrbaugh, Social-Science Commentary on the Synoptic Gospels, pages 234-235; and the writings of Amy-Jill Levine, et. al. See link below.

41 Now every year his parents went to Jerusalem for the festival of the Passover. 42 And when he was twelve years old, they went up as usual for the festival. 43 When the festival was ended and they started to return, the boy Jesus stayed behind in Jerusalem, but his parents did not know it. 44 Assuming that he was in the group of travelers, they went a day's journey. Then they started to look for him among their relatives and friends. 45 When they did not find him, they returned to Jerusalem to search for him. 46 After three days they found him in the temple, sitting among the teachers, listening to them and asking them questions. 47 And all who heard him were amazed at his understanding and his answers. 48 When his parents saw him they were astonished; and his mother said to him, "Child, why have you treated us like this? Look, your father and I have been searching for you in great anxiety." 49 He said to them, "Why were you searching for me? Did you not know that I must be in my Father's house?" 50 But they did not understand what he said to them. 51 Then he went down with them and came to Nazareth, and was obedient to them. His mother treasured all these things in her heart.

52 And Jesus increased in wisdom and in years, and in divine and human favor.

41 Every year Jesus' parents traveled to Jerusalem for the Feast of Passover. 42 When he was twelve years old, they went up as they always did for the Feast. 43 When it was over and they left for home, the child Jesus stayed behind in Jerusalem, but his parents didn't know it. 44 Thinking he was somewhere in the company of pilgrims, they journeyed for a whole day and then began looking for him among relatives and neighbors. 45 When they didn't find him, they went back to Jerusalem looking for him.

46 The next day they found him in the Temple seated among the teachers, listening to them and asking questions. 47 The teachers were all quite taken with him, impressed with the sharpness of his answers. 48 But his parents were not impressed; they were upset and hurt.

His mother said, "Young man, why have you done this to us? Your father and I have been half out of our minds looking for you."

49 He said, "Why were you looking for me? Didn't you know that I had to be here, dealing with the things of my Father?" 50 But they had no idea what he was talking about.

51 So he went back to Nazareth with them, and lived obediently with them. His mother held these things dearly, deep within herself. 52 And Jesus matured, growing up in both body and spirit, blessed by both God and people.