The disciples response of not understanding, being afraid to ask, and then being silent echoes the story of Adam and Eve in the Garden. Their initial reaction of being afraid to ask breaks communication with Jesus; breaks their relationship with him. It leaves them with only themselves to talk to, and it leads them to do things for which they feel ashamed to name. 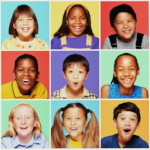 Whoever welcomes one such child ...

Today's lesson is the second of three times that Jesus teaches his disciples that they are headed to Jerusalem where he will betrayed, condemned to death, executed, and after three days he will rise again. (Last week's Mark 8:27-38 and Mark 10:32-34.)

It is also the second of three times that his disciples fail to understand, and Jesus must teach them about God's honouring that reverses commonly accepted human understandings of honour / status / prestige / salvation.

The disciples' response of not understanding and being afraid to ask about it is not far from our own response to this teaching:

I don't understand. Didn't I just proclaim Jesus as Lord and Saviour - Messiah? Doesn't "Lord" and "Saviour" mean "Boss" and "Hero?" I thought we were headed for glory. For good times. For winning.

Doesn't Jesus being in charge and our hero mean we get to AVOID pain, humiliation and death? Whoever heard of the guy in charge of it all voluntarily accepting getting killed?

I don't get this part. And I am afraid to ask because if I ask, and if he tells me, and if I do get it, then maybe I'll have to give up my dreams of glory, good times, and winning. Avoidance and denial are definitely the preferred plan of action here.

Agnus Day appears with the permission of www.agnusday.org

Not too surprisingly, we discover that this group of uncomprehending-afraid-to-ask disciples have been in glory land while walking to Capernaum and have fallen into arguing about who will have the most glory, the most honour.

Their response of not understanding, being afraid to ask, and then being silent echoes the story of Adam and Eve in the Garden. Their initial reaction of being afraid to ask breaks communication with Jesus; breaks their relationship with him. It leaves them with only themselves to talk to, and it leads them to do things for which they feel ashamed to name.

Whereas, their first failure to understand led to Jesus teaching about saving and losing; this time leads to him teaching about being first and last. And again, there is a reversal of common human understandings of these terms:

Whoever wants to be first must be last of all and servant of all
Mark 9:35

At the time of Jesus, children were the most vulnerable members of society, and the "last of all" in social standing. Welcoming a child in Jesus' name is a radical reversal. Children were not outcasts. But they were non-persons in our midst. Jesus puts this reversal in the starkest, total, terms when he goes on: "whoever welcomes one such child in my name welcomes me, and whoever welcomes me welcomes not me but the one who sent me."

One might think that the blessing of seeing how to welcome both Jesus and one who sent him would make our churches full of joyful open arms and welcoming hospitality every time a child or someone new was met. We'd be eager to transform non-persons into honoured guests.

However, once again Jesus is challenging us to reverse long-standing, ingrained, human habits. To set aside our common human understanding of how to win fame and glory, and instead learn from Jesus God's way of deep hospitality and honouring.

Note: Historical background information in this post is drawn primarily from Bruce Malina and Richard Rohrbaugh, Social-Science Commentary on the Synoptic Gospels, pages 185-186; and the writings of Amy-Jill Levine, et. al. See below.

30 They went on from there and passed through Galilee. He did not want anyone to know it; 31 for he was teaching his disciples, saying to them, "The Son of Man is to be betrayed into human hands, and they will kill him, and three days after being killed, he will rise again." 32 But they did not understand what he was saying and were afraid to ask him.

33 Then they came to Capernaum; and when he was in the house he asked them, "What were you arguing about on the way?" 34 But they were silent, for on the way they had argued with one another who was the greatest. 35 He sat down, called the twelve, and said to them, "Whoever wants to be first must be last of all and servant of all." 36 Then he took a little child and put it among them; and taking it in his arms, he said to them, 37 "Whoever welcomes one such child in my name welcomes me, and whoever welcomes me welcomes not me but the one who sent me."

30 Leaving there, they went through Galilee. He didn't want anyone to know their whereabouts, 31 for he wanted to teach his disciples. He told them, "The Son of Man is about to be betrayed to some people who want nothing to do with God. They will murder him. Three days after his murder, he will rise, alive." 32 They didn't know what he was talking about, but were afraid to ask him about it.

33 They came to Capernaum. When he was safe at home, he asked them, "What were you discussing on the road?"

34 The silence was deafening—they had been arguing with one another over who among them was greatest.

35 He sat down and summoned the Twelve. "So you want first place? Then take the last place. Be the servant of all."

36 He put a child in the middle of the room. Then, cradling the little one in his arms, he said, 37 "Whoever embraces one of these children as I do embraces me, and far more than me—God who sent me."

Posted at 04:24 PM in Pentecost, September, Year B | Permalink